Video Uploaded to You Tube by MartysOffice

Palin Blasts ‘Cowardly’ Obama for Calling Admin’s Scandals ‘Phony’.  If our cowardly so-called Commander-In-Chief doesn’t like the SNAFUs of his administration to be referred to as ‘scandals’, then perhaps he should not exert executive privilege over them like he did in a response to a Congressional subpoena regarding Operation Fast and Furious, or like he did when he blamed the slaughtering of brave Americans at the consulate in Benghazi on a third rate, low budget internet movie making fun of his beloved child molesting ‘prophet’ Mohammed.  Perhaps Muslim Barry feels that using the Internal Revenue Service to target conservative Americans and conservative leaning non-profit organizations with Gestapo type intimidation tactics during an election cycle is not a scandal.  Perhaps in Obama’s Chicago style politics, the use of thuggery does not constitute a scandal.  Sarah Palin hit the nail on the head.  Barack Hussein Obama has plenty of time to defend a thuggish teenage fight club referee/ burglar on his way home from buying the Skittles and Raspberry Arizona drink for his ‘Lean’ Robitussin concoction, but he doesn’t have time to make the call to bail out American soldiers and diplomats.

They’re killing Christians in the name of ‘God’.  Thousands of Christians are being killed at the hands of the Muslim Brotherhood in the Middle East.  That’s right, the SAME Muslim Brotherhood that the Obama administration sent $1.5 billion to is committing genocide against Christians with reckless abandon.  The hypocrisy of Muslim Barry is astounding.  The Islamist-in-Chief took the time to misrepresent the facts of the George Zimmerman case in an attempt to create a smokescreen that would deflect attention away from the multiple treasonous scandals in which he and Attorney General Eric Holder are involved:   IRS, Fast and Furious, Benghazi, NSA/Verizon, AP/Rosen.  If you had the time to spend, the list goes on.  He (Obama) showed so much concern for the death of a young thug who got himself shot while jumping a “gay rapist”, and yet he shows no concern for the death of countless Christians that he personally sponsored by providing support for the Muslim Brotherhood.

Christians are being brutally murdered at the hands of the Muslim Brotherhood in Egypt.

New petition gives Obama immunity for crimes.  Yes it’s true,  mindless Obama zombies actually signed petitions passed around by political activist and author Mark Dice that would give this traitor  immunity for crimes (some of which are exponentially more egregious than crimes committed during the Watergate scandal) that he has committed in office.

Linchpin for Obama’s plan to predict future leakers unproven, isn’t likely to work, experts say | McClatchy.  This is one step away from ThoughtCrime from George Orwell’s 1984 or the prevention of “Future Crimes” such as those in the movie, The Minority Report.  Obama’s tyrannical view of how to govern America is truly troubling and alarming.  As a rule of thumb, any elected official who has a “D” next to their name, is likely to do something that runs contrary to what the United States Constitution says.  “The Enemy Within” that poses the largest threat to American sovereignty currently lives at 1600 Pennsylvania Avenue in Washington, D.C.  He sends money to the Muslim Brotherhood, a branch of which blew up the World Trade Center, and the Benghazi Consulate.  The largest scandals all have to do with secrecy and treasonous activity associated with Obama and his administration:  Benghazi, Fast and Furious, IRS Scandal, James Rosen Scandal, NSA/Verizon Scandal. Pravda summed it up best:  Russia lost its’ civil war with the Reds and millions suffered torture and death for almost 75 years under the tyranny of the United Soviet Socialist Republic. Russians survived with a new and stronger faith in God and ever growing Christian Church. The question is how long will the once “Land of the Free” remain the United Socialist States of America?  That’s right, Russia recognizes that the tyranny of Communism is destructive, and they know a Communist when they see one:  His name is Barack Hussein Obama.

On the morning of June 18, 2013, journalist Michael Hastings died in a fiery car crash.  According to Wikipedia.com and James Corbett of The Corbett Report,  Hastings received the George Polk Award for “The Runaway General” (2010), a Rolling Stone profile of General Stanley McChrystal, commander of NATO‘s International Security Assistance Force in the Afghanistan war.  Part of the Rolling Stone article reported, “ Last fall, during the question-and-answer session following a speech he gave in London, McChrystal dismissed the counterterrorism strategy being advocated by Vice President Joe Biden as “shortsighted,” saying it would lead to a state of “Chaos-istan.” The remarks earned him a smackdown from the president himself, who summoned the general to a terse private meeting aboard Air Force One. The message to McChrystal seemed clear: Shut the f**k up, and keep a lower profile.  This article is believed by many to have ultimately led to General McChrystal submitting his resignation, because it revealed widespread contempt for civilian officials in the US government by the general and his staff.  President Obama publicly spoke in a press conference in which he relieved General McChrystal of his command, stating of the general, “The conduct represented in the latest article does not meet the standard that should be set by a commanding general.”

Michael Hastings had started to get under the skin of the powers that be in Washington, D.C. crowd, and then his car mysteriously blew up.

As of late, Hastings had become a vocal critic of the surveillance state.   During the investigation of reporters by the US Department of Justice in 2013, he referred to the restrictions on the freedom of the press by the Obama administration as a “war” on journalism. His last story, “Why Democrats Love To Spy On Americans”, was published by BuzzFeed on June 7.  According to James Corbett, at the young age of 33, Hastings” really was making some big-time enemies in Washington, DC.”    Details are emerging that he was on the verge of breaking an important and possibly related new story about the CIA.  This may explain why Hastings believed he was being investigated by the FBI. Hastings died in a fiery high-speed automobile crash on June 18, 2013 in Los Angeles, California, just 11 days after he had submitted the story “Why Democrats Spy on Americans”.

Video uploaded to You Tube by CorbettReport

Hastings is the second reporter to suddenly die when he was about to release a big story during the tenure of the Obama Administration.  Andrew Breitbart was on the verge of releasing a blockbuster story about Barack Obama when he mysteriously fell over dead while jaywalking across the street from outside a Brentwood, CA restaurant where  he had just had a glass of wine.  The previous night before Breitbart’s death, WND senior staff reporter Jerome Corsi arranged for Breitbart to interview Arizona Sheriff Joe Arpaio, who the very next day held a news conference to announce there was probable cause to believe President Obama’s birth certificate released on April 27, 2011, was a forgery, as well as Obama’s Selective Service Card.  Mysteriously enough, on the same day that Breitbart’s autopsy was released, Michael Cormier, a respected forensic attendant for the Los Angeles County Coroner, died under suspicious circumstances at his North Hollywood home.  Although Det. Rich Wheeler, a homicide supervisor with the Los Angeles Police Department, told WND that Cormier had no connection whatsoever  (take it for what it’s worth) to the investigation into Breitbart’s death, one has to at least question the coincidences that people consistently turn up dead when Obama’s political career appears to be in peril.

“I don’t think President Obama is here, but I’m sure he’s listening in.” – Mick Jagger pic.twitter.com/fCDq5UN6pY 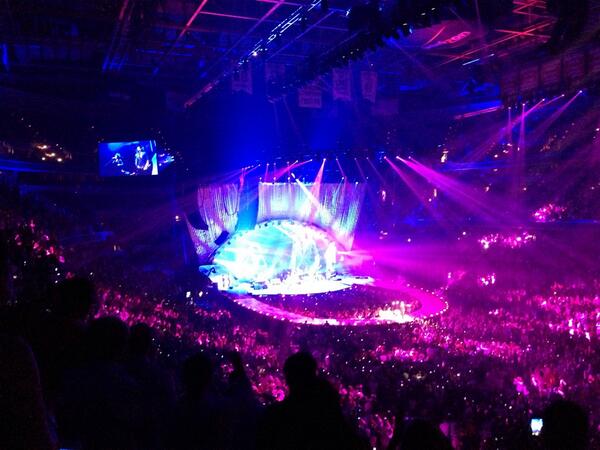 The IRS has been used as a tool against conservatives and counter-jihad groups.  YET the IRS did not hold up one single Left Wing organization and gave so-called American-Muslim groups with ties to Radical Islam and Islamic Terrorism a path to Charity status within the U.S. tax code.